The end of Linked Helper: why Waalaxy is the best alternative Linked Helper is in disarray 😱. During August, the extension has even been off for two weeks. The reason? LinkedIn is hunting them! We tell you everything and above all how to find an alternative to this B2B prospecting tool.

Follow the complete guide on prospecting for your business here!

What is Linked Helper?

Linked Helper is an automation tool for LinkedIn which allows programming quite a few actions. This tool permits, among other things, to send personalized connections requests, to send messages, to follow prospects… This is one of the first tools which really attracted a lot of people on LinkedIn automation.

For your health, I don’t think so. For your LinkedIn account, without a doubt!

But you can also discover all the limits of this tool in many articles. Linked Helper is undeniably a risky extension for your activity on LinkedIn.

Why is Linked Helper dangerous?

First, Linked Helper works on the handle of the DOM, which means the source code of LinkedIn. This behavior leaves behind obvious traces LinkedIn can detect easily.

Even if at the time this article is written, the problem is temporarily solved, LinkedIn will continue to detect Linked Helper users. This is a war between LinkedIn and Linked Helper, which will necessarily be won by the first ones. The HTML injection technology itself, on which are based numerous extensions such as Linked Helper or Dux-Soup has flaws.

Secondly, this tool has no safeguard! The choice of delay time between actions and the number of daily actions is left free to the user. A freedom – which sure allows the Growth Hacker community for testing the limits – but which puts your LinkedIn account at risk.

No warning is provided by Linked Helper to warn you from some kind of risky behavior. This is a handyman tool, destined for an informed audience.

At a time, it was a “hacking stuff” to automate LinkedIn. Linked Helper was among the firsts to generalize this method. They had the benefit of the “first mover advantage”.

But automation became common. The results of the prospecting on LinkedIn compared to the “cold emailing” are such that today, a BtoB firm is not allowed to ignore this channel or to harness it manually.

Yet, using this tool requires specific learning and a lot of discipline to not put your LinkedIn account in danger. In the SaaS’s world, the user experience must predominate. Linked Helper can’t be a long term alternative.

A tool customized for the “bulk” and not for business performance

With automation democratization and LinkedIn as a BtoB acquisition channel, it became essential to stand out. A simple business approach is no longer sufficient. It happened to the cold emailing, once effective, now overused. LinkedIn offers a real differentiation approach.

It is imperative to be able to measure performances! Most of all, to target clients properly, to optimize conversions funnels and to set up A/B tests more easily.

The automation tool then becomes a CRM extension and not a blind spamming tool. Linked Helper and most tools can’t offer this value today.

Linked Helper is not a handy tool, which is an understatement. On the pretext that targets are growth hackers and growth marketers, the user interface is relegated upstage. With the expansion of marketing tools and opportunities for qualified prospects that LinkedIn offers, users tend to operate with more ergonomics tools, with an easier onboarding.

We tried to use Linked Helper in our beginnings. But we can’t even program actions for a week! It is quite ironic for an automation tool to have to come back every day to configure actions…

Against the tool’s obsolescence, we chose to develop our own solution.

Nowadays, better tools than Linked Helper exist. More efficient. Handier. Cheaper. Safer. The perfect example: Waalaxy. A protected tool that aims to give access to automation for everyone.

You can even bypass the 100 invites per week limit without danger to your LinkedIn account!

We let you discover by yourself!

Why is Waalaxy better than Linked Helper?

Waalaxy uses a different technology. It doesn’t use LinkedIn’s HTML code and doesn’t let any trace, unlike Linked Helper. Waalaxy is a safe and ergonomic tool available for all.

Why you should choose Waalaxy?

Waalaxy is a simple and refined tool, integrating the same features as Linked Helper, with the ergonomic aspect and the security in addition! On Waalaxy, you can create LinkedIn scenarios, similar to the drip campaign emailing system, but directly on the social network.

For instance, you can send invites, then 1 day after the approval, send a message. Sending a follow-up depending on if the person sees the message or click on the link you sent. Thanks to the dashboard, you can follow your campaign and messages’ performances and easily implement A/B tests to optimize your results. Also, you can send emails automatically with Waalaxy. It’s the ideal software to set up a marketing automation strategy.

As you can see, with Waalaxy, you will be able to:

Linked Helper paved the way to the automation on LinkedIn.

Now that the automation became the public’s domain, it’s time to innovate and offer safe and affordable alternatives.

So, which tool do you use? 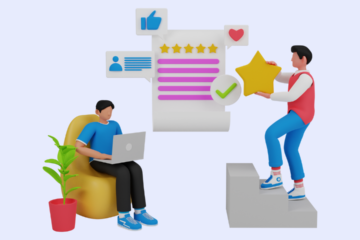 Prospecting actions: What are the limits in Waalaxy?

6 min Depending on your Waalaxy subscription, there are some limits on prospecting actions: limits in lists, limits in the application, limits in the prospect lists, or in the daily actions you can do. How Read more… 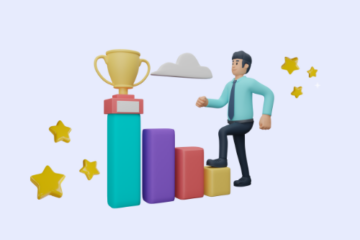 How To Become Famous on LinkedIn? 23 Tips & Tricks Here

22 min One of the most important marketing goals on LinkedIn is to increase the number of people who follow your profile. 🔎 Increased organic reach and audience insights are crucial steps in growing your Read more… 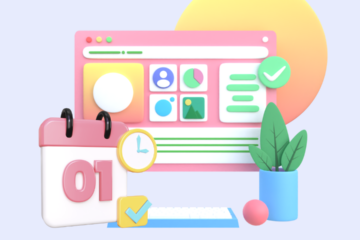 “Book a meeting” : Measure your Performance with Calendly x Google Sheets (via Zapier)

7 min Want to know how many people decided to book a meeting on Calendly with you ? Manage your performance and follow-ups or those of your sales teams? Test what works best? You need Read more…