How does the LinkedIn publication algorithm work? 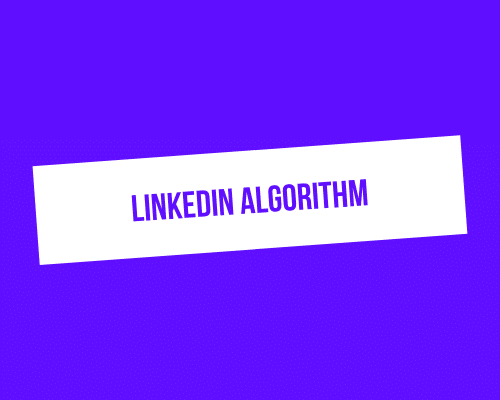 How does the LinkedIn algorithm define what content to display to you? At what moment? Behind the “black box”, there is a fairly basic logic. I’ll explain it to you.

Summary
1) Show you the right LinkedIn post
2) Emotions and engagement rate on a post
3) Comments, likes and views and the LinkedIn algorithm
4) Other factors to take into account

The business model of advertising is to sell the attention of users to brands looking to promote their services, products or content.

We can therefore imagine that if they sell attention, the more they have, the greater their potential gains. This is the whole model of social networks like LinkedIn: getting more of your attention.

A social network must therefore make you spend the most time on its site or application.

To do this, they set up different mechanisms:

I do not go into detail with these psychological mechanisms. I invite you to read “Hooked” by Nir Eyal, a best seller on the subject.

What particularly interests us is the 3rd point and how the content display algorithm tries to optimize it by showing us relevant posts.

The vast majority of social media audiences are silent. It is also one of the major pivots of Twitter: they initially thought that everyone was going to Twitter. By observing their data, they realized that the majority of people were looking to follow content without creating or interacting with it.

These two observations are directly linked: content with a strong emotional impact has a greater chance of making us react (whether this impact is negative or positive in the process).

However, as we said before, LinkedIn (and other social networks in general) aims to make you feel intense emotions, which will release hormones in your body.

But the LinkedIn algorithm being (still today) incapable of feeling these emotions and determining the quality of content, it will be based on the emotions felt by people before you.

And is it measured? Via the engagement rate of course!

Comments, likes and views and the LinkedIn algorithm

The higher the proportion of comments and likes / views, the more the content will be shown to a large audience.

The process works in the form of a spiral:

There is an important criterion to take into account:

We can say that the engagement rate far exceeds all the other criteria for distributing a publication.

However, certain other criteria will be able to influence (especially downward), the scope of a post:

As the algorithm is a black box, these explanations are based on observations made by the LinkedIn community over time. The algorithm is likely to evolve and the influence of certain criteria remains unknown.

Get Podawaa
Categories: Our articles on LinkedIn

This is “Pages” Sidebar How to endorse on LinkedIn?

12 minutes As you know by now, LinkedIn is the biggest professional network there is. I bet you’re wondering how to endorse on LinkedIn, and why it’s relevant to improve your profile visibility. 👀 In this article, Read more… LinkedIn Skills: The 9 Most Important Skills in 2021

12 minutes Which LinkedIn skills to highlight? Yours, of course, but not just any skills: there is a list of key skills needed in 2021: the most sought after, those that sell, those that reassure… I’m about Read more… 7 minutes 5 / 5 ( 200 votes ) As you may know, LinkedIn launched a new feature for company pages recently! It’s the LinkedIn product page, and we’re super excited to present it to you here. Read more…